Let us help you Advertise on Facebook. Over One Billion people. Let us help you reach the right ones. PositionKing offers complete Facebook Setup, custom backgrounds, optimization and management.

Your business is for your customers. Build relationships with them, reach new people and drive sales using Facebook. Information on this page provided by Facebook.com Busines Pages.

Over one billion people like and comment an average of 3.2 billion times every day. When you have a strong presence on Facebook, your business is part of these conversations and has access to the most powerful kind of word-of-mouth marketing — recommendations between friends. 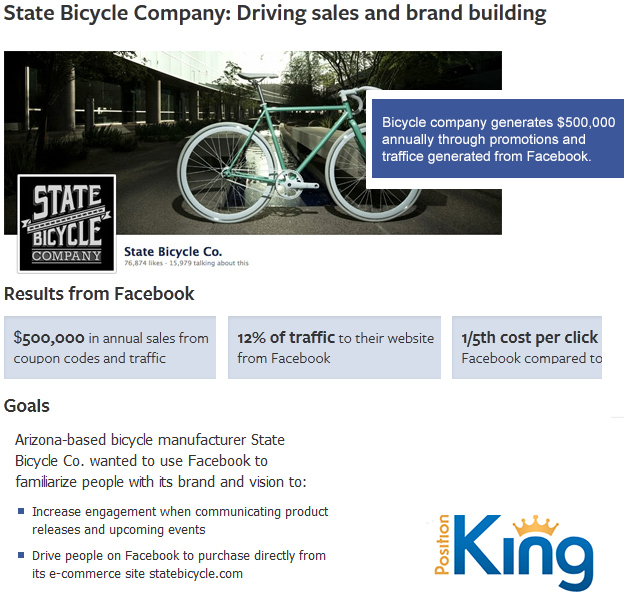 A real example of what businesses have done to expand their customer base and drive sales on Facebook.

To familiarize people with its company, State Bicycle Co. first created a Page:

The company also ran Facebook Ads to encourage people to like their Page. They experimented by targeting people:

State Bicycle Co. wanted to increase engagement on its Page in several ways, including: