On May 19, 2011, LinkedIn became the first US Social Media Network to go public and now claims over 200,000,000 current members with 50 million US users log into LinkedIn each month. 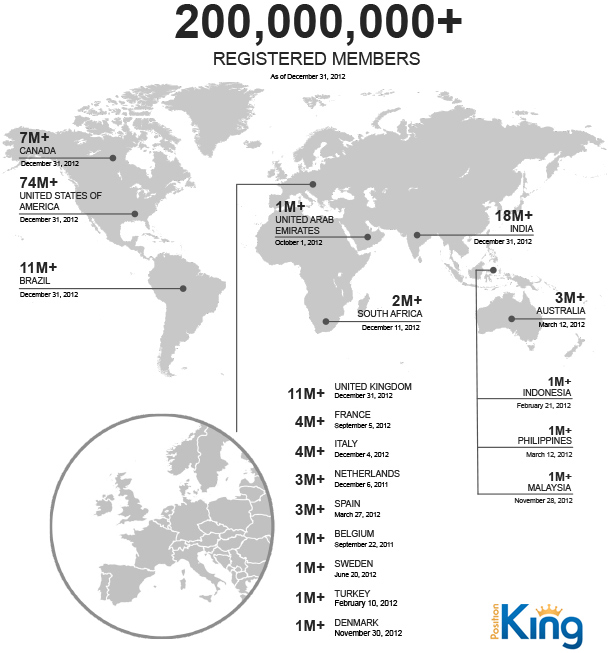 As of December 31, 2012, LinkedIn counts executives from all 2012 Fortune 500 companies as members; its corporate talent solutions are used by 86 of the Fortune 100 companies. 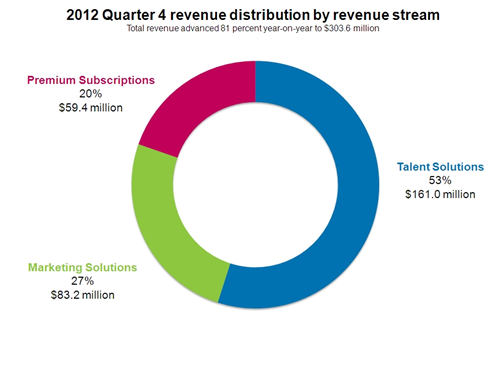 According to comScore, unique visitors (including members and non-members) increased 26 percent year over year to average 116 million in the fourth quarter of 2012. Page views (excluding mobile) increased 28 percent to 9.8 billion. When including SlideShare, which LinkedIn acquired in May 2012, LinkedIn averaged 155 million unique visitors in the fourth quarter. LinkedIn was the 25th most visited website in the world in December 2012.